British householders are saving up to £75 a year on their energy bills after having smart meters installed in their homes. That’s according to new research by British Gas, which […] 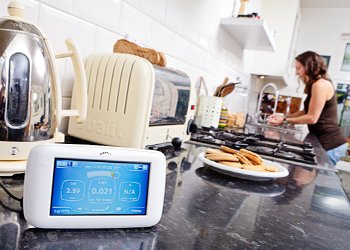 British householders are saving up to £75 a year on their energy bills after having smart meters installed in their homes.

That’s according to new research by British Gas, which claims nine out of ten smart meter customers said they are taking “simple daily steps” to manage their home energy use like turning off appliances when not in use.

The changes in behaviour have led to more than half (54%) saving money on their energy bills, with nearly two-thirds (64%) making savings of up to £75 a year.

British Gas handed out smart meters with an in-house display called an energy monitor which shows how much gas and electricity is being used and the costs in pounds and pence in real-time. More than three quarters (79%) of those who use the smart monitor said it has made them “more aware of their energy consumption”.

Stuart Rolland, Managing Director of British Gas Smart Metering said: “The results show that by seeing how energy is used through the home, you can make small changes that save you money. Whether it’s discovering how energy efficient the fridge is or the cost of using the tumble dryer, we’re excited that the smart meter roll-out will make it easy for consumers to improve their energy efficiency.”

Smart meters will be rolled out across the country by 2020, replacing current gas and electricity meters, as part of a government initiative.