The UK is being urged to encourage oil and gas drilling in the North Sea as exploration dropped by 28% last year. The call from Deloitte’s Petroleum Services Group (PSG) […] 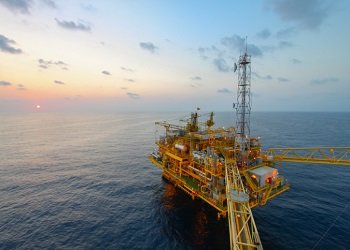 The UK is being urged to encourage oil and gas drilling in the North Sea as exploration dropped by 28% last year.

The call from Deloitte’s Petroleum Services Group (PSG) comes as its report found only 47 exploration and appraisal wells were drilled on the UK Continental Shelf (UKCS) in 2013 compared to 65 the previous year.

The Norwegian Continental Shelf however saw a 41% rise in drilling activity during the same period.

The number of fields that started producing oil and gas in the UK however hit its highest level for five years last year, rising by 44%. Out of the 13 fields, 84% were eligible for tax allowances, showing a positive industry reaction to the incentives in place, the report said.

Graham Hollis, energy partner at Deloitte in Aberdeen said although the rise in field start-ups shows a positive sign, many companies “appear to be at a crossroads in their attitudes towards it”.

He added: “We have recently seen a number of announcements of significant – and in some instances all-time high – levels of investment in the UKCS. However, a number of other companies, some of whom have been key players in the UK sector for many years, have publicly announced or are taking steps that seem to indicate that the North Sea is no longer a core focus for investment within their global portfolios.

“Any longer-term decline in exploration and appraisal drilling will be of concern and there are measures that seriously need to be considered by industry and government to reinvigorate drilling activity and ensure the longevity of the UKCS.”

Around 41 barrels of oil equivalent (boe) have been produced from the UKCS and an estimated 12 to 25 boe could still be produced, the report suggests.