Waitrose and M&S are among a group of top retailers in the UK to sign up to new green goals including slashing their carbon emissions from deliveries and minimising waste. […] 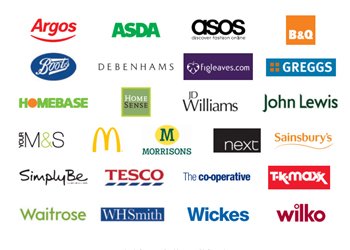 Waitrose and M&S are among a group of top retailers in the UK to sign up to new green goals including slashing their carbon emissions from deliveries and minimising waste.

Targets under the British Retail Consortium’s (BRC) scheme, ‘A Better Retailing Climate’, include halving energy-related emissions from buildings by 2020, accounting for growth, compared with 2005 levels. Nearly the same amount (45%) of carbon must be cut from store deliveries by 2020.

The supermarkets which signed up to the initiative also committed to publish their data on food waste created at the retail stage, along with yearly progress reports.

Other new targets include a commitment to cut emissions from refrigeration gases by 80% by 2020, and to divert less than 1% of waste to landfill by the same year.

A new report from the British Retail Consortium shows the firms – which make up half of UK retail by turnover, outdid all their targets for reducing waste, energy and water usage up to 2013.

Helen Dickinson, BRC’s Director General said: “The strength of commitment is plain to see when you look at how much progress has been made in the last decade: for example, only 6% of waste was sent to landfill in 2013, down from 47% in 2005. But retailers will continue to keep this momentum going: they recognise that it makes business sense and delivers real environmental benefits as well as value for their customers.”

Sir Ian Cheshire, Group Chief Executive of Kingfisher said: “The bottom line is that carbon is cash so managing it makes business sense. Yes, the reason we started looking at carbon was born out of our being a responsible retailer but, as well as reducing their transport emissions by a third, B&Q has used two million litres less fuel, saving itself £1.9m – that’s a win for business and a win for the environment.”