Chancellor George Osborne believes shale gas “has the potential to bring gas prices down” but does not want to “overpromise” it will solve all economic problems in the UK. He […] 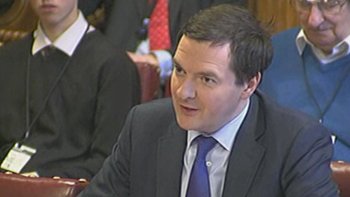 Chancellor George Osborne believes shale gas “has the potential to bring gas prices down” but does not want to “overpromise” it will solve all economic problems in the UK.

He said no one knows what the impact of shale gas will be on the British economy but he doesn’t doubt estimates that have suggested 70,000 jobs could be created and £3 billion worth of investment could be brought in every year.

Speaking to the House of Lords economic affairs committee, Mr Osborne said he is a big supporter of fracking and Prime Minister David Cameron is a “strong partner” to deliver it.

He said: “I am a huge supporter of shale gas. I think it’s got the potential to transform the energy debate in the western world…. I am very pro this development.

“I think it does have the potential to bring gas prices down in the UK but I just don’t want to overpromise. I don’t want to go out there and say that it is the solution to all of this country’s economic problems.”

However, he suggested the UK may not see the kind of reductions in household gas bills as seen in the US.

However, the Chancellor believes Britain is the European leader in shale gas development and the combination of the tax regime, planning regime and the community benefits where the UK has tried to learn from the US show the Government is “doing everything it can to give the industry a good starting life”.

Yesterday energy firm Cuadrilla said it is in the process of applying for permission to frack in two locations in Lancashire.