Planning permission for the world’s first tidal lagoon power plant in Swansea Bay – which could provide power for more than 120,000 homes for 120 years – has been submitted. […] 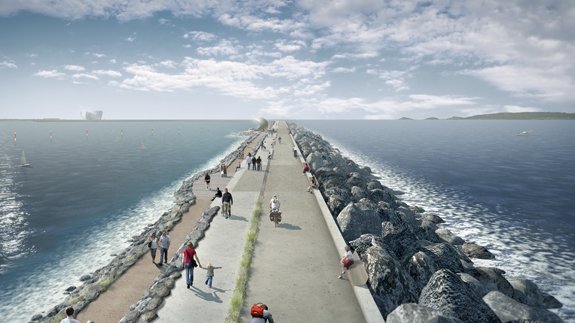 Planning permission for the world’s first tidal lagoon power plant in Swansea Bay – which could provide power for more than 120,000 homes for 120 years – has been submitted.

Developer Tidal Lagoon Power said the proposed £850 million project has the potential to supply 10% of the UK’s domestic electricity by 2030 while also cutting 236,000 tonnes of carbon emissions every year.

The company has spent three years developing the project, along with a consortium of engineering firms. 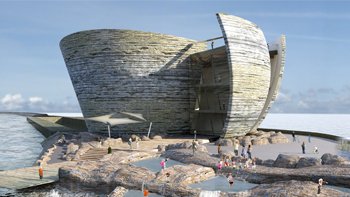 The Swansea Bay Tidal Lagoon includes a 9.5 kilometre long sea wall (pictured) which will be able to capture renewable energy from incoming and outgoing tides. An offshore building including visitor and education facilities, a national triathlon and watersports centre will also be built.

Mark Shorrock, CEO of Tidal Lagoon Power said: “The UK has the second highest tidal range in the world and today we are submitting an application for a development that will prove that this resource can be harnessed in a way that makes economic, environmental and social sense. Tidal lagoons offer renewable energy at nuclear scale and thus the investment of hundreds of millions of pounds in UK industries and coastal communities.

“Our intention is to supply 10% of the UK’s domestic electricity by building at least five full-scale tidal lagoons in UK waters by 2023, before the UK sees any generation from new nuclear.”

The application by Tidal Lagoon Power will be reviewed by Britain’s Planning Inspectorate before going to government for final approval. If approved, the firm expects construction to start in the first half of next year, with first power expected to be generated in 2018.