Energy Secretary Ed Davey today sounded the alarm bells about political consensus on energy, saying it is “in danger of breaking down”. In a speech to members of the thinktank […] 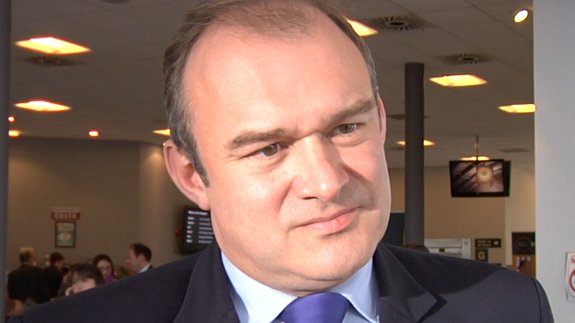 Energy Secretary Ed Davey today sounded the alarm bells about political consensus on energy, saying it is “in danger of breaking down”.

In a speech to members of the thinktank IPPR, the Lib Dem MP said energy investment relies on politicians who are “ready to put the national interest above party interest”.

Touching briefly on the General Election next year, the speech subtly laid out reasons why Lib Dems were helping to steer a sensible course through energy policy.

He took swipes both left and right: first at the anti-EU, climate change-bashing far right, then at Labour’s push to “artificially hold down energy bills, regardless of the consequences”.

He warned that when this is “married to the Europhobia” of parts of the Conservative party, it becomes a “diabolical cocktail” that threatens the long-term structure of UK climate change and energy policy.

Mr Davey said: “We can only remain competitive, be energy secure and tackle emissions by acting together with our major trading bloc – our neighbours – our partners.”

But he raised the spectre of an “extremist cohort” who could threaten the Climate Change Act and the Energy Act if they were in a position of “real influence” after the next election.

The Energy Secretary said: “From the right, fringes of the Conservative Party and UKIP are parroting the arguments of the most discredited climate change deniers…

“This is undermining public trust in the scientific evidence for climate change – which is of course overwhelming.”

As for the left, he took aim at the party’s former Energy Secretary and now leader Ed Miliband: “Labour’s energy bill proposal is based on a false analysis of the market. It will, in fact, threaten investment in energy security. Push up prices for consumers in the long-run.”

He announced his department will publish an Energy Investment Report before the summer touching on investment across all energy sectors – from renewables to oil and gas, nuclear to energy efficiency.