Power firm Drax said today that despite falling earnings in 2013 they were “ahead of expectations”. The owner of Drax power plant in North Yorkshire released its results showing total revenue […] 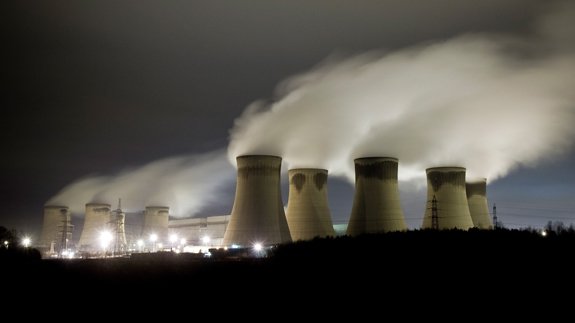 Power firm Drax said today that despite falling earnings in 2013 they were “ahead of expectations”.

However its earnings (before interest and tax) for 2013 were down 23% at £230 million. It blamed this year on year reduction on the rise in carbon costs.

Chief Executive Dorothy Thompson said: “As expected, the increasing cost of carbon drove earnings down year on year. Recognising this, we have been investing significant capital to transform Drax into one of the world’s largest renewable generators, burning sustainable biomass.

“At the same time we have delivered strong operating performance across the business, including notably, good output, efficiency and reliability from our first converted unit.”

Drax plans to convert three of its six generating units to burn biomass and the first was successfully converted in April 2013. It also owns Ipswich-based business energy supplier Haven Power.

Internationally the firm is developing two wood pellet plants, one in Louisiana and one in Mississippi, and a port facility in Louisiana to export the pellets.

Ms Thompson added that in 2016 she expects half of Drax to be fuelled by sustainable biomass, some 4% of the UK’s electricity.