“No meat on bone” of Salmond’s Scottish oil plans

Should Scotland break away from the UK the oil and gas sector is likely to cope – because the democratic vote is worlds away from other much more violent changeovers. […] 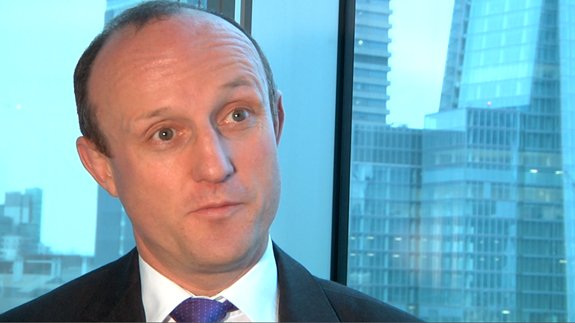 Should Scotland break away from the UK the oil and gas sector is likely to cope – because the democratic vote is worlds away from other much more violent changeovers.

But despite this there’s still uncertainty about the demands made on the sector by an independent Scottish government.

That’s according to an oil and gas expert from consultancy EY who told ELN the referendum did not come up as a top issue in a recent “grasp the thistle” survey of what was concerning them.

Colin Pearson (pictured), Tax Partner at EY who is based in Aberdeen said: “Lack of skilled workforce was the top issue and the cost base was the second. Referendum was some way down.”

The industry operates globally in diverse places, from Russia to the US, Angola, Columbia, Brazil, right across the “entire spectrum” of political systems, he said.

There’s been conflicting messages from industry players about the impact a break would have: BP Chief Executive Bob Dudley and his predecessor Dr Tony Hayward have expressed opposing views.

While Bob Dudley and Tony Hayward are “both right”, Mr Pearson reckons the industry would cope because it deals with difficult political situations in much more unstable places than Scotland.

Mr Pearson said: “This is a democratic debate and people will vote on it, they’re not seeking to make change by way of the gun! So that’s probably why in the survey we did, it comes out as having a relatively low impact at the moment. Whatever the outcome, the businesses would view it as swapping one set of government for another.”

What they may fear is that larger demands are made on them: “The ‘Yes campaign’ has made many promises around additional childcare, school meals, all laudable objectives but someone has to pay for those. The oil and gas industry is concerned because clearly they’re a large constituent part of the Scottish economy and they have real concerns they would end up paying for all of these promises.”

The analyst noted that oil is a “fundamental economic question” for an independent Scotland because though oil and gas is “maybe 2, 3, 4% of the UK economy it makes about 20% of the Scottish economy”.

There’s also no business plan for oil explorers to “digest” yet, added Mr Pearson: “Just yesterday [Scotland’s First Minister] Mr Salmond made a point about a new Scottish regulator as set out in the Wood Group report.

“So we have the framework but there’s no meat on the bones. It’s very difficult for the industry to make any real judgement on that.”