Perhaps the question should have been “So what’s happened with Display Energy Certificates (DECs) in the public sector?”… where they were originally implemented in 2008 – over five years ago. […] 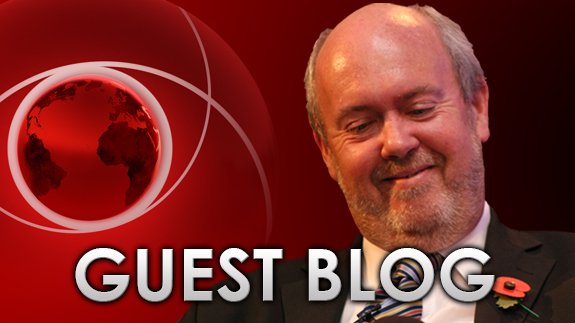 Perhaps the question should have been “So what’s happened with Display Energy Certificates (DECs) in the public sector?”… where they were originally implemented in 2008 – over five years ago.

The be all and end all

They were intended to encourage similar ongoing energy reductions in buildings as white goods labelling had done on the likes of fridges and washing machines. This was rather an ambitious target given the difference in complexity of operation of buildings as against “single purpose” pieces of equipment.

Having said that, the DEC was muted as the ‘Be All & End All’ by the last Government for measurement of comparative building energy performance, needing to be displayed, initially, on each public building over 1,000 m² in area, which has subsequently been reduced to 500m² – and will be reduced even more in 2015 to 250m². It would also need to be renewed at 12-monthly intervals to ensure that it was up-to-date.

As with all new toys, the Government of the day was extremely keen to roll DECs out into a somewhat skeptical private sector and there was much debate about whether they would ultimately deliver the intended results, i.e. buildings which use much less energy than those that had existed previously.

One of the biggest barriers to effective implementation – and there were many – was the inability of the energy industry to produce suitable metrics of comparison for buildings such as shops. Add to that the impacts of geographically variable factors such as weather as well as the multiple permutations of design and construction.

Owners of multi-site and diverse property portfolios came to recognise very swiftly that there would be extensive costs involved in bringing their existing estates to the standards of metering and measurement capability which would be demanded to produce the new certificates.

What was also becoming quite obvious, from early and largely unsuccessful trials, was that performance standards would be very unlike those for white goods, where there was progressive improvement over time and where the best performance level, originally A, had to be subsequently revised to A+ and A++ and beyond.

Key activities which may just take place in buildings, like selling food from refrigerated display cases, would actually count against the building’s rating as would a store which opened longer hours – or had inherently longer operations – making any comparative measurement difficult. In addition the building operators would be penalised by having to install new levels of metering.

Somewhat more perverse is the fact that these organisations would already be penalised through taxation on every unit of energy used, via the Climate Change Levy, amongst others and through the Carbon Reduction Commitment as well.

Challenge the extension of DECs to private sector

The long awaited results of the public sector trial was published by CIBSE in December 2013. Less than half of buildings which should have a DEC actually do and a chunky 12% of buildings in the trial group have complied with the requirement to update the certificate each year.

Extension of DECs to the private sector should be seriously challenged as should the even more controversial Energy Savings Opportunities Scheme (ESOS) as both will do significant damage to the credibility of efforts by many to save energy and allow any resources necessary to meet them to be redeployed into measures which will actually result in tangible energy savings which can be easily measured in kWh and cash.

Unless, of course, someone can come up with a cunning plan to turn these measures to everyone’s advantage…