Potteries, brick bakers, big ceramic-making kilns – all rely on steady, continuous high temperatures of at least 1000°C. This is fuelled by large quantities of natural gas. That’s one pressing […] 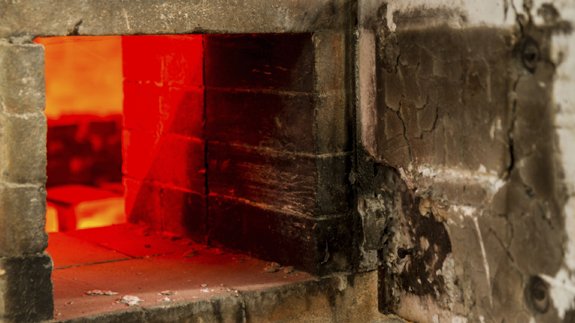 Potteries, brick bakers, big ceramic-making kilns – all rely on steady, continuous high temperatures of at least 1000°C. This is fuelled by large quantities of natural gas.

That’s one pressing reason for the British Ceramic Confederation’s (BCC) growing concern over fractious relations between Russia and Ukraine.

Roughly a third of Europe’s gas comes from Russia via its smaller neighbour. The UK is a net importer of gas and if something should disrupt that supply, there could be a knock on effect for British business.

In the case of ceramics, a surprise shutdown could lead to thousands of pounds of damage from a cracked kiln.

The BCC first sounded the alarm last week, warning that uncertainty over supply has led to “terrible price volatility in the past and will do so in future”.

It said a gas crisis sparked by Ukraine could have “harmful effects” on manufacturing, investment and even mean jobs losses.

Could the UK ship precious gas reserves abroad in a crisis?

Now the BCC has shared fears with ELN that because other European countries such as France have an obligation to store gas, the UK could even end up exporting gas to them in times of a crisis.

The UK only has around 15 days’ worth of gas storage – and that’s if it is full. At the moment there’s around eight days’ worth.

In contrast, both France and Germany have at least 100 days.

Dr Laura Cohen, BCC Chief Executive told ELN: “Weather is mild at the moment and the UK’s gas storage is half full.

“But things can change rapidly and gas can be moved from the UK to the continent.”

Does the UK have enough gas storage?

The Government brushed off concerns about gas storage in the case of a crisis.

A DECC spokesperson said: “The UK has a well-functioning gas market able to react swiftly to any disruption.”

They pointed to analysis held up by Energy Minister Michael Fallon that costs for more gas storage would “outweigh” the benefits.

The spokesperson added: “We found that the costs of intervening far outweighed the security of supply benefits and meant bill payers would be subsidising activity that large energy companies could pay for themselves. Industry is already investing in new gas storage facilities without our intervention.”

Last year Centrica scrapped plans a new £1.5bn gas store which would reportedly have held roughly 13.5 days of back up gas and put another smaller one on hold.

The energy giant cited “weak economics” for storage projects, as well as the Government’s U-turn against subsidy for extra gas storage.