A judge’s ruling effectively means demonstrators outside a fracking site in Barton Moss near Salford can be moved along by the site’s owner. Peel Groups, which is leasing the site […] 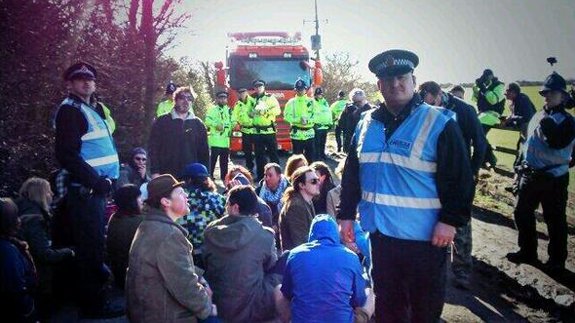 A judge’s ruling effectively means demonstrators outside a fracking site in Barton Moss near Salford can be moved along by the site’s owner.

Peel Groups, which is leasing the site to energy firm IGas, wanted to kick out the protestors who have pitched tents along an entrance road and obstructed lorries for more than 100 days.

Peel Groups’ lawyer aimed to prove the protestors were trespassing on the firm’s property. The defendants argued they had a right to protest under parts of the Human Rights Act.

Yesterday Judge Mark Pelling QC at the Manchester Chancery Court handed down a ruling that Peel does have possession rights to the land.

Law experts suggested the verdict would go down well with firms hunting for oil and gas in the UK.

Stuart Wortley, Property Litigation Specialist at Pinsent Masons said: “This verdict is good news and demonstrates to exploration businesses that Judges will move quickly to remove protestors who resort to acts of trespass in order to get their message across.”

But the anti-fracking protestors claimed this doesn’t mean they can be evicted – yet.

A tweet from the Frack Off Great Manchester group, which has played a key role in the protest, stated: “Talk of eviction at #bartonmoss is premature. Judge has given until 12 Tues to allow time for Court of Appeal to allow appeal on decision!”

And despite the ruling, the protest group seemed defiant both on Twitter and at the site yesterday, carrying out an impromptu “sit-down” protest (pictured). Frack Off Greater Manchester tweeted: “People sitting blocking #fracking trucks outside #BartonMoss today. Eviction threats won’t stop community resistance”.