Humans can’t see them – but flashing UV lights may put animals off approaching high voltage power cables. Scientists believe power cables are behind the animal behaviour which has puzzled […] 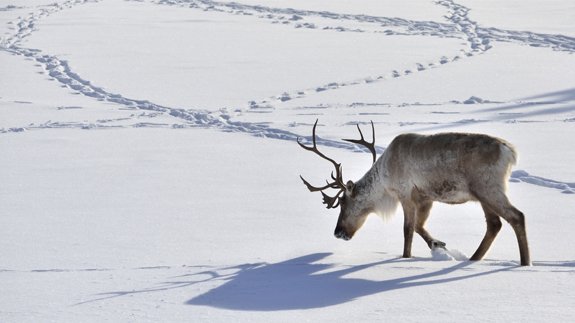 Scientists believe power cables are behind the animal behaviour which has puzzled many for years.

A team of researchers from London and Norway found power lines give off ultraviolet as irregular flashes at insulators (usually porcelain or glass coils which stop electricity flowing down to earth through pylons) and as a standing “corona” or glowing circle along the cables.

Ultraviolet is invisible to humans but birds and some mammals, including reindeer, are able to see it.

Professor Glen Jeffery at the UCL Institute of Ophthalmology said: “Animals avoid man-made structures and, in the case of high voltage power lines, this can be by several kilometres. This is perplexing because the suspended cables are neither a physical barrier nor are associated with human activity.

“New information about animal vision along with the characteristics of power lines provides strong evidence that the avoidance may be linked with animals’ ability to detect ultraviolet flashing on power lines that humans cannot see and which they find frightening.”

The flashing effect could be amplified by snow because of the reflection, suggest the scientists. This could have a knock-on impact in Scandinavian countries which are home to wild and semi-domesticated reindeer.

They suggest this could affect animals such as reindeer’s migration patterns and lead to a loss of grazing land.

The new research by University College London (UCL), London’s Moorfields Eye Hospital, UIT the Arctic University of Norway and the University of Oslo in Norway was published in Conservation Biology.