The world is already seeing the devastating effects of climate change but is “ill-prepared” for the potential risks, a major UN report has said. The Intergovernmental Panel on Climate Change […] 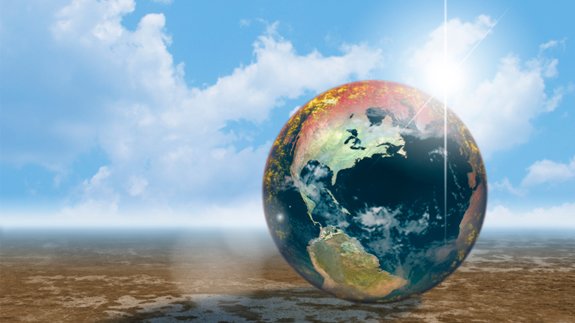 The world is already seeing the devastating effects of climate change but is “ill-prepared” for the potential risks, a major UN report has said.

The Intergovernmental Panel on Climate Change (IPCC) warns no one will be untouched by climate change, with droughts, floods and heat waves among the key risks of global warming.

The effects on food security, water supplies and human health are also forecast to become more prevalent in the coming decades while a growing number of marine species and animals could face an increased risk of extinction.

It also warns the impacts from recent extreme climatic events such as heat waves, droughts, floods and wildfires show the “significant vulnerability” of humans to variations in climate.

The stark warnings were revealed in what is said to be the most comprehensive study yet into the effects of rising levels of carbon dioxide in the atmosphere – complied by more than 300 authors from 70 different countries with nearly 2,000 experts contributing from across the globe.

Vicente Barros, Co-Chair of Working Group II of the IPCC said: “We live in an era of man-made climate change. In many cases, we are not prepared for the climate-related risks that we already face. Investments in better preparation can pay dividends both for the present and for the future.”

The IPCC also revealed the negative impacts of climate change on food production have been more common than positive impacts and that economic losses due to extreme weather events have also risen globally, “mostly due to increase in wealth and exposure with a possible influence on climate change”.

The report finds that risk from a changing climate “comes from vulnerability – lack of preparedness – and exposure overlapping with hazards” and although it suggests that there are opportunities to respond to the risks “it will be difficult to manage with high levels of warming”.

Chris Field, Co-Chair of Working Group II added: “With high levels of warming that result from continued growth in greenhouse gas emissions, risks will be challenging to manage and even serious, sustained investments in adaptation will face limits.

“Understanding that climate change is a challenge in managing risk opens a wide range of opportunities for integrating adaptation with economic and social development and with initiatives to limit future warming. We definitely face challenges, but understanding those challenges and tackling them creatively can make climate change adaptation an important way to help build a more vibrant world in the near-term and beyond.”

Scientists have identified Britain as one of the countries most at risk from some of the more immediate negative effects of climate change – although other parts of the world will be hit even harder and less able to adapt to the impacts.