Soaring through the sky hundreds of feet overhead, seagulls look tiny, sparrow-like – but don’t be fooled. Those cawing birds are bloody huge. And apparently they’re a major pest in […] 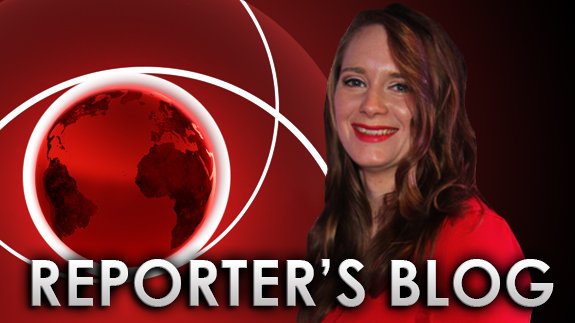 Soaring through the sky hundreds of feet overhead, seagulls look tiny, sparrow-like – but don’t be fooled. Those cawing birds are bloody huge.

And apparently they’re a major pest in Aberdeen, oil and gas capital of the nation.

Entering a dingy hotel room in the greyest city in the British Isles (it’s not called Granite City for nothing), an unusual note pasted to the sliding window caught my eye.

“For your personal safety and in order to prevent wild birds from entering this room, Please do not open this window beyond 10cm”.

Bang on cue, crazed screeching began, seemingly just metres from the windowsill. I hurriedly stepped back from the glass.

It was an odd way to start ELN’s latest jaunt around the country, which saw a camerawoman and me tail Energy Minister Michael Fallon (He Who Holds One Thousand Briefs) every step of the journey quite by chance from Aberdeen via Manchester to Blackpool, then London. 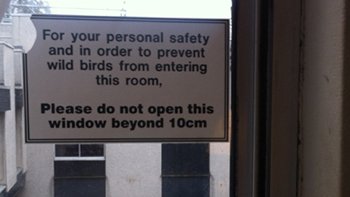 Aberdeen is an odd mixture of polished wealth and dog-eared dilapidation. Our hotel was a case in point.

The taxi driver, a Celtic fan, told us frankly it was a “s***hole” and just like Fawlty Towers. He wouldn’t want his worst enemy to stay there a night – but he added that it’s what you make of it. Oh, and it had a pool.

As we drove through grotty, low buildings to the hotel’s back entrance, we spied some mattresses propped against a wall. “They’re your beds for the night,” joked the cabbie.

Rooms around £200 a night are common in Aberdeen, even for one like this – nothing more than an overnight stop for burly rig workers, carryall bags slung over their shoulder, takeaway pizzas in hand.

Leaving the outskirts of Aberdeen for the high street and harbour, things spruce up. There’s a bustling new shopping centre at Union Square, with cafes and cool restaurant chains like Las Iguanas, the roads are full of Range Rovers.

I think the pilot’s dry words in a soft Scotch burr, just as we touched down in Scotland, nail this two-sided town: “If you’ve not booked our limo service then you’ll find taxis in arrivals.”

Of course there’s no limo service – oil execs have their own Bentleys anyway.

This is the wealth which is meant to percolate from the top to the bottom – but another taxi driver complained about inflated hotel prices, informing us of Bank of Scotland stats showing Aberdeen has the highest average disposable income in the UK.

That’s the kind of cash which Michael Fallon believes will bring wealth back to the streets of Blackpool.

Rundown resort, haunt of dodgy stag weekends and seagulls fat on fish’n’chips, the Lancashire town needs the sort of elbow grease and polish my Grandpa (an adopted Lancashireman himself) once doled out to my brown school shoes.

Some are eyeing up shale gas as untapped liquid gold, able to solve the chronic problem of a north-south wealth divide.

They hope it will bring the seaside town back to its former glory, not just a one-off stop for Strictly Come Dancing.

There’s potential for millions of pounds to pour in the Bowland Shale’s direction. And yet – would fracking just be a quick fix, creating an Aberdeen-style veneer of prosperity?

Money will always jingle in the pockets of suit trousers.

But despite the raft of environmental opposition, the Government seems convinced shale gas could kick-start regeneration.

If it does, Blackpool would be one more seaside town where it isn’t just the seagulls getting fat.