Cabbies in Cornwall today hailed the success of their new electric cars for clocking up 150,000 miles and more than 37,000 individual fares. St Austell-based C&C Taxis added the five […] 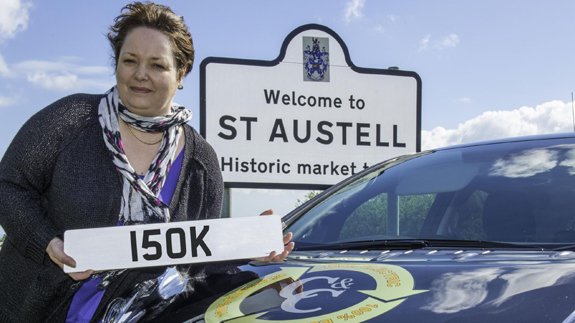 Cabbies in Cornwall today hailed the success of their new electric cars for clocking up 150,000 miles and more than 37,000 individual fares.

It has slashed more than £40,000 off its yearly fuel bill thanks to the electric car’s low running costs of around two pence per mile.

C&C Taxis owner, Michelle Williams said: “When we took our first LEAF a year ago we could never have imagined how successful it would have been.

“Our customers love them and most of the big hotels in the area now use us as their taxi company of choice, which has been a real coup. In fact, many of the hotels now ask guests who book a taxi whether they’d like an electric one.”

The company has its own rapid charger, said to be the only one in Cornwall, which charges the electric motor from zero to 80% in 30 minutes.

This means each of the taxis can hit the roads from from 7am-midnight, seven-days-a-week, with only the occasional charging top-up. On average, each takes 40 fares a day.