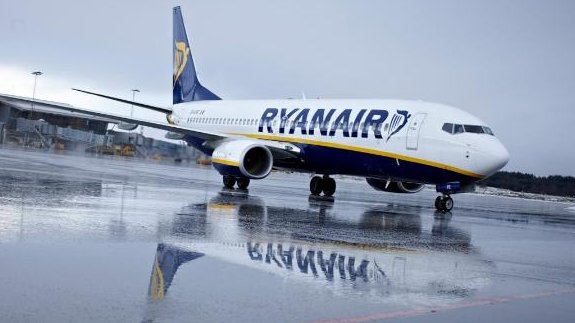 For the first time in five years its profits after tax fell 8% despite getting more people on board its planes.

Ryanair’s Chief Executive Michael O’Leary admitted it was “disappointing” that profits fell 8% to €523 million (£427m), “due mainly to a 4% decline in fares, weaker sterling and higher fuel costs”.

He said the firm reacted “quickly to this weaker environment” last September by lowering fares and improving customer experience.

The company has toned down its “no frills” approach in the last six months, offering allocated seating, a free small second carry-on bag and a new website which it said cuts the booking process from 17 to five “clicks”.

However this had drawbacks as the site dropped down the results page in the search engine Google according to reports.

Ryanair expects to save around €70 million on its fuel costs for 2014, after hedging 90% of its fuel at a cost of $960 per tonne or roughly $96 per barrel, according to its results.