Edgbaston has a grand plan to become the most energy efficient cricket ground in England. ELN has learned the cricket stadium which is home to the Birmingham Bears county team […] 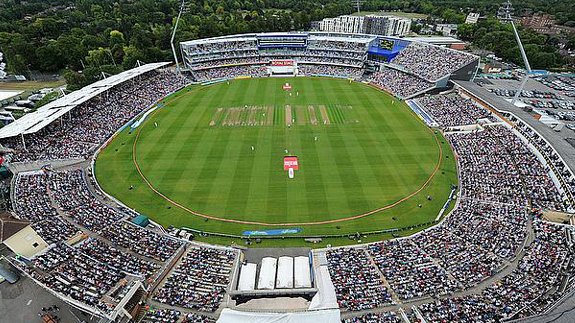 Edgbaston has a grand plan to become the most energy efficient cricket ground in England.

ELN has learned the cricket stadium which is home to the Birmingham Bears county team and hosts international matches wants staff and players to get on board with the green “culture”.

On Friday the club signed up gas supplier WINGAS UK as Official Energy Partner to help it smash the ambitious efficiency target.

Gareth Roberts, Commercial Director of Warwickshire County Cricket Club and Edgbaston told ELN: “It’s a large building that we need to be as efficient as possible.

“It’s now a 12-month operation, we want to ensure we’re doing our bit in the way of sustainability and energy usage.”

Over the next few months, everyone at the 25,000-seater stadium will be encouraged to change their behaviour – including the cricketers.

Mr Roberts said: “The culture we’re trying to create goes to players, staff, G4S. The starting point is to make sure everybody internally understands so they all buy into that…

“We’ve talked about using coaches more to get to games so instead of 12 cars, we’re going in one vehicle. We’ve talked about how they utilise the facilities, turning lights off when they’re finished with rooms. So it’s a number of things, getting that into the natural routine of anyone who works in stadium.”

Originally built in 1882, Edgbaston’s recent £32 million redevelopment transformed it into a stadium. Next phases of the revamp will see nearly 80 homes built nearby as well as restaurants and shops.

Other prominent grounds in Britain like Lord’s are also upping their game when it comes to efficiency.

Mr Roberts admitted it wouldn’t be easy to win the title of most efficient club: “It’s a challenge, definitely. If we just focused on cricket for six months it would be easier.”

But he has an eye on “leading the way” so others can follow, by being one of first sports stadiums to stick to the Event Sustainability Management System.

The new deal with its gas supplier WINGAS UK should help, he added: “We’ve worked with them to get the right pricing structure… [and] to ensure we can become as efficient with that supply which then benefits the stadium from lower energy costs.”

Tomorrow (Friday) at 6.30pm, the Birmingham Bears face the Yorkshire Vikings in a T20 match shown on Sky.