The Government has proposed new rules regarding rights to land access and raised payments for communities that host fracking sites in a bid to speed up shale exploration. It suggests […] 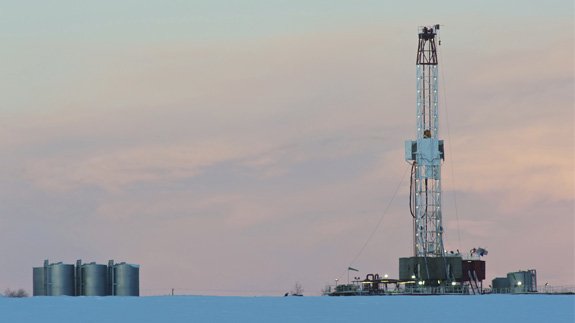 The Government has proposed new rules regarding rights to land access and raised payments for communities that host fracking sites in a bid to speed up shale exploration.

It suggests that shale oil and gas companies are granted access to land below 300 metres from the surface and they pay a voluntary amount of £20,000 per well to people living above the land.

The payments would be on top of the existing compensation system, under which communities are to be given £100,000 when a test well is fracked – and a further 1% of revenues if shale gas or oil is discovered.

Currently, companies must negotiate rights of access with every landowner living above underground drilling, even though the works take place far beneath the surface – up to 5,000 feet.

DECC has launched a consultation today on its proposals, which comes as a new study by the British Geological Survey (BGS) estimates there are between 2.2 billion and 8.6 billion barrels of shale oil in southern England.

Energy Minister Michael Fallon said Britain needs “more home-grown energy”, adding: “Shale development will bring jobs and business opportunities. We are keen for shale and geothermal exploration to go ahead while protecting residents through the robust regulation that is in place.

“These proposals allow shale and geothermal development while offering a fair deal for communities in return for underground access at depths so deep they will have no negative impact on landowners.”

The consultation is open for 12 weeks, following which the Government will announce the next steps.