The operator of Dungeness nuclear power station wants to extend the safety limits of graphite bricks in its core. EDF Energy wants the graphite to be allowed to lose up […] 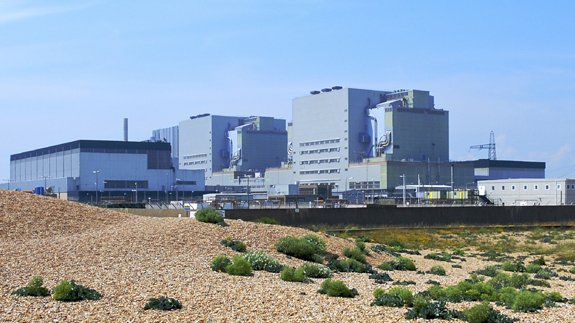 The operator of Dungeness nuclear power station wants to extend the safety limits of graphite bricks in its core.

EDF Energy wants the graphite to be allowed to lose up to 8% of its weight rather than the current limit which is 6.2%.

Opened in 1983, Dungeness has a decommissioning date to stop generating electricity in 2018. If the limit is upped, this date could be pushed back.

In February EDF announced it wants to extend the plant’s lifetime by 10 years.

Martin Pearson, Station Manager at Dungeness told BBC Radio 4 today: “We take a very cautious approach… for graphite in this instance we have very conservative safety measures built into the safety case.”

Dungeness is currently shut down for its MOT-style check up which takes place every three years, when they take samples of the graphite to check how it is holding up against the nuclear reactions.

Mr Pearson said: “We’ve taken 48 samples, two of these samples is about the size of a smartie tube and we send those off for analysis. That comes back and informs the safety case going forward.”

He said the “commercial side doesn’t come into it” when asked how they decide how long the plant can stay open.

The safety regulator Office for Nuclear Regulation said it would not allow continued operation of any nuclear reactor “unless it was safe to do so”.

A spokesman said: “We recognise the challenges presented by ageing of the Advanced Gas-cooled Reactor (AGR) fleet in the UK and we continue to pay close attention to the problems associated with the graphite core of the reactors. We are satisfied that the reactors are safe to operate.”