Kingfisher’s scheme to become “net positive” in how it uses resources has made “steady progress” in its first year – but much more is yet to be done. One year […] 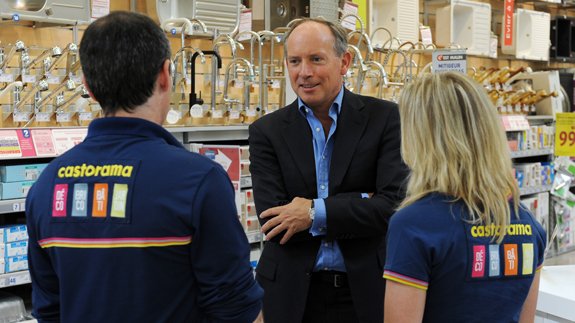 Kingfisher’s scheme to become “net positive” in how it uses resources has made “steady progress” in its first year – but much more is yet to be done.

One year on from launching, the owner of B&Q UK and Ireland and China, European DIY chains Brico Depot and Castorama brought out a report on its success so far.

Writing in the report, Group Chief Executive Sir Ian Cheshire said it has laid “the groundwork for tackling some of the big challenges we face” to become a “restorative” business.

Prices for timber could rocket 75% by 2020, according to Kingfisher commissioned research in 2011.

With around 40% of Kingfisher products containing paper or wood, Sir Ian said it “cannot afford to see a continued decline in the world’s forests”.

But he admitted the pace of change “is not fast enough”, adding: “We’re still only scratching the surface of the commercial benefits that Net Positive can bring.”

By 2020 Kingfisher wants to reduce the energy intensity of its properties by 45% and have 38 terrwatt hours (TWh) of energy saved for customers. However progress is between 0-25% in these areas.

A vaguer vision is for every Kingfisher store and customer’s home to be zero carbon or generates more energy than it consumes.

On the timber front, it wants 1,000 Kingfisher products to have “closed-loop credentials” – that is, products which waste nothing.

The report notes a drop of 2% over 2012-13 of the timber in our products being “responsibly sourced”, to 87%, which it called “disappointing”.

Worldwide about 5.2 million hectares of forest were lost each year between 2000 and 2010, according to the UNFAO.