Energy consultants step into the light at TELCAs

It was a bigger and better night as the champagne was in full flow for energy consultants yesterday at the second Energy Live Consultancy Awards (TELCAs). It kicked off in […] 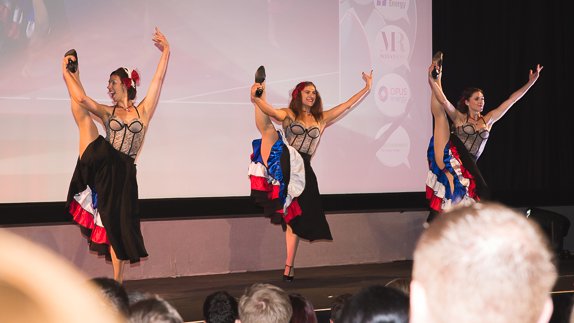 It was a bigger and better night as the champagne was in full flow for energy consultants yesterday at the second Energy Live Consultancy Awards (TELCAs).

It kicked off in style at the prestigious BFI National Film Theatre on London’s South Bank with an unbelievable routine as dancing girls opened the ceremony.

The atmosphere was absolutely electrifying as 400 people from the sector gathered together for the glitzy Oscar-style ceremony, which recognised  the best energy consultants and celebrated their contribution to the industry.

Twelve consultancies took home the much-deserved awards in 14 difference categories, including customer service, innovation, advice and the two biggest awards – the SME and I&C Consultancy of the Year, with a tied winner for the latter.

The awards come at a time when energy consultants are under the spotlight, with Ofgem mulling stiffer regulation to boot out the cowboys who don’t play by the rules.

There was rising excitement as the guests streamed onto the luxurious Silver Sturgeon for a cruise up and down the Thames – back by popular demand – and a fabulous after-show dinner and party.

Enjoying the night on the boat after the awards ceremony, Jodie Eaton, Director of I&C Markets at npower, the headline sponsor said: “It’s been such a fantastic evening. I’ve seen customers this evening, energy consultants, brokers so it’s really great to see that everyone is actually working together to get the customer at the heart of everything we do.”

The event also received great some feedback from the guests – referring to the TELCAs as the “be all and end all” for energy consultants, the boat ride being the highlight for another and one referring to it as “best awards for the TPIs”.

What a spectacular night it was and we hope for an even bigger and better one next year!