More nuclear plants nigh after Toshiba and GDF SUEZ deal

A trio of new nuclear power stations in the UK are one step closer after Toshiba bought a 60% stake in company NuGen today. The Japanese firm’s deal with GDF […] 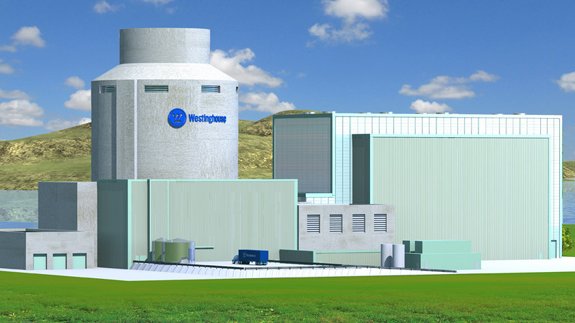 A trio of new nuclear power stations in the UK are one step closer after Toshiba bought a 60% stake in company NuGen today.

The Japanese firm’s deal with GDF SUEZ (which keeps the other 40%) should see three Westinghouse AP1000 reactors built in West Cumbria.

The first reactor at Moorside power plant is hoped to be ready by 2024 according to NuGen.

With a capacity of 3.4 gigawatts (GW), Moorside will deliver enough power for six million homes, around 7% of the UK’s future electricity needs.

GDF SUEZ Chairman and CEO Gérard Mestrallet tipped his hat to the UK’s “strong strategic vision and political consensus” for allowing the project to get going.

Hisao Tanaka, President and CEO of Toshiba Corporation added: “We are confident this project will support the UK in meeting the challenges of securing a stable, affordable future energy supply and cutting CO2 emissions.”

Eight of the Westinghouse pressurised water reactors are being built around the world, four each in the US and China. The design is halfway through approval with UK regulators.

Nuclear fuel is likely to come from Springfields, a UK-licensed fuel manufacturing facility near Preston.

Sandy Rupprecht, NuGen’s newly announced CEO said: “Moorside is the most exciting new nuclear build project in Europe, without a doubt. We will be taking forward our project in West Cumbria, the UK’s nuclear heartland – and we expect the national and regional economies to benefit extensively from the Moorside development.”

Energy Minister Michael Fallon claimed the deal “shows how attractive the UK is for investors” and hailed the £10 billion of investment and 21,000 jobs it is expected to bring.