Seafood “could be cooked by climate change”

If you’re partial to a portion of mussels or smoked salmon, your days of fine dining may be numbered. That’s because shellfish and seafood staples like tuna could be in […] 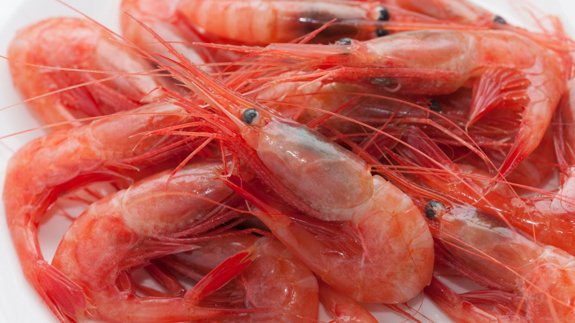 If you’re partial to a portion of mussels or smoked salmon, your days of fine dining may be numbered.

That’s because shellfish and seafood staples like tuna could be in short supply as a knock-on effect of climate change.

Nicolette Bartlett, Senior Programme Manager at the University of Cambridge Institute for Sustainable Leadership who put together a recent report on the problem with the Sustainable Fisheries Partnership told ELN: “It’s something not spoken about at all in the climate change circles and it’s an absolute, a real risk to our food security.”

It’s all linked to the oceans acidifying: “The two aspects are: one, as they warm up they no longer absorb as much oxygen so you end up with fish sizes that are smaller.

“The second thing is, the impact of the temperature increase and increased CO2 specifically causes ocean acidification, so the pH of the water changes. which then is of real risk to things like shellfish as well as to coral reefs.”

When you consider the scale of shellfish – how much of the world’s protein and economic success it provides – this effect on oceans is “fundamental”, she added.

We could reach a point where governments battle it out over dwindling pockets of seafood.

“Already the seas are a difficult thing to manage and govern,” Ms Bartlett said, “but now what I noticed is a big movement of fisheries, in other words entire species’ whole ecosystems change in areas and move.

“Where previously you’ve had agreements around fishing, in these waters no longer apply. When the fish move you will have a lot of new agreements that need to be made.”

Big predators such as tuna could move and aquacultures – which can farm carnivorous species such as salmon – need fishmeal and if these smaller fish move there could be a real “price hike”.

Tropics’ fisheries could be “decimated” while those in the north and to the east get a “bonus day” while rules don’t catch up, said the expert.

The analysis of research by the Intergovernmental Panel on Climate Change (IPCC) looked at commercial fisheries.