Microbreweries and high fives on Day Five of the Power Ride

Geoff Curran writes… Day five and a high five for a glorious day starting at our wonderful B&B hosted by Marie and Charlie, who we also had the opportunity to […] 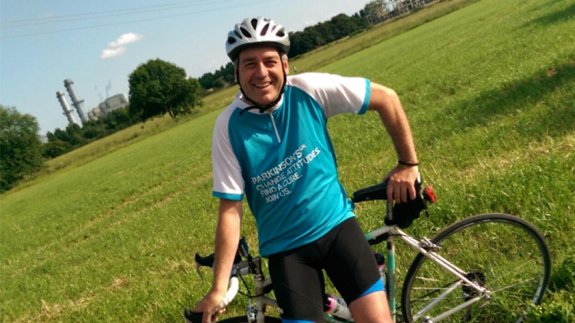 Day five and a high five for a glorious day starting at our wonderful B&B hosted by Marie and Charlie, who we also had the opportunity to interview about their solar arrays that power their micro brewery and the chip fat that powers their Mercedes camper van. That interview we will bring to you on Energy Live News soon.

Then it was on to Spalding power station, not one we had considered in our preparation (actually what preparation, I do a map each night for the next day) and I got to film a very similar power station to Sutton Bridge we saw on day four. I missed it but Simon managed to get a big solar farm on his way to Grantham.

Finally, we whizzed through Newark and ended up at Staythorpe where we got to see npower’s little baby….well I say baby but it fires up for about 1% of English and Welsh households. And if you want the science bit….it was opened in 2011 and we were there to film it, it is a CCGT station and oh sod it, it is time for a beer….see you on day six.

Geoff is cycling around the UK’s power stations in aid of Parkinson’s UK. Please check out our Justgiving page if you’d like to donate to the top cause.