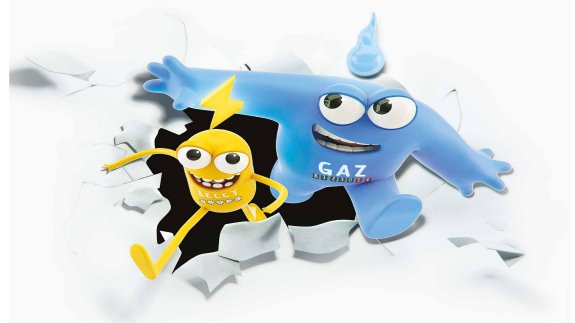 A new campaign aimed at engaging the public with the national smart meter rollout was launched yesterday – with the help of Sir Bob Geldof and two mascots Gaz and Leccy.

Smart Energy GB, formerly called the Small Meter Central Delivery Body, has the responsibility to communicate with more than 2.5 million homes and 3.5 million businesses during the smart meter rollout.

The programme aims to install more than 50 million smart meters across Britain in the next five years.

Baroness Margaret McDonagh, Chair of Smart Energy GB said families across the country are anxious about their gas and electricity bills.

She added: “They don’t know what they’re spending from day to day and they don’t know how much their bill will be when it hits the mat – it’s as if their energy is out of control.

“That’s why we have chosen the mischievous characters of Gaz and Leccy to bring to life the frustration many people feel about the way we all buy and use gas and electricity. Smart Energy GB’s campaign will show how smart meters will start to solve some of these problems.”

Energy Secretary Ed Davey believes smart meters will “revolutionise the energy market” and “put power into the hands of consumers”.