Southwest Airlines is “upcycling” 43 acres of used leather seat covers into footballs, shoes and tablet covers. On Tuesday it was lift off for the scheme called LUV Seat which […] 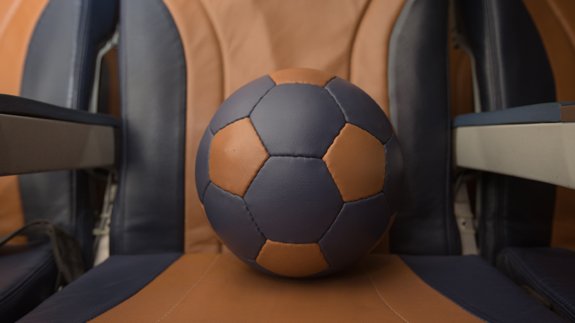 On Tuesday it was lift off for the scheme called LUV Seat which gives the leather to projects such as one in Kenya where youngsters will learn to make leather goods, plus an American company Looptworks which makes luxury items like phone cases.

The leftover leather came after the US airline’s redesign of its 737-700 aircraft which is now standard on all its new planes.

The seat covers and other interior elements were replaced with “environmentally friendly materials”, helping to cut the weight of each aircraft by more than 600 pounds, said Southwest.

Bill Tiffany, Vice President for Supply Chain Management at the airline added: “The Evolve redesign was a major milestone in supporting our sustainability goals. But we didn’t want to stop there. With the pilot of LUV Seat in Nairobi, Malawi and the United States, we’re embarking on a new vision of social impact through training, job creation, and ultimately product donation.”