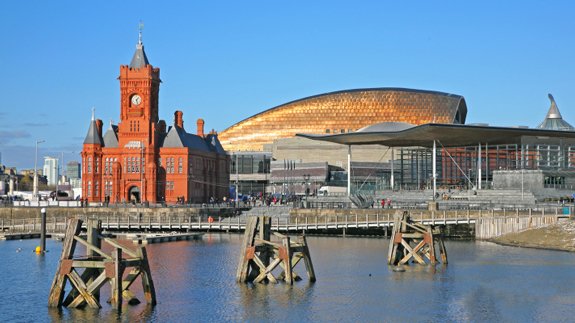 Cardiff, a view from the bridge. Image: Thinkstock

The centre-left thinktank IPPR linked with Labour suggests Britain’s cities should get “even more active” in energy markets in a new report published today.

It points to examples such as the Greater London Authority, the first organisation to try and become a ‘junior supplier’ under Ofgem rules, or Cardiff’s smart meter rollout with meters in 90% of the council’s corporate buildings.

Three suggestions for cities to do more are put forward by the ‘City Energy – a new powerhouse for Britain’ report:

– make local authority pension funds seek low carbon investments;
– and work with the Green Investment Bank on low-carbon infrastructure projects where there is a clear rate of return.

Looking to cities already rolling their sleeves up is a good place to start, said IPPR Director Nick Pearce: “In Germany, for example, the city of Munich has already invested €900 million in renewable energy projects and it has plans to invest a total of €9 billion which will enable it to supply the entire municipality of 1 million people with renewable electricity by 2025.”

He added: “In the UK, Lancashire County Pension Fund is investing at least £193 million in low carbon projects.”