Working with nuclear regulators in different countries risks slowing the development of small nuclear power stations in the UK. That’s the view of the Chief Nuclear Inspector at the Office […] 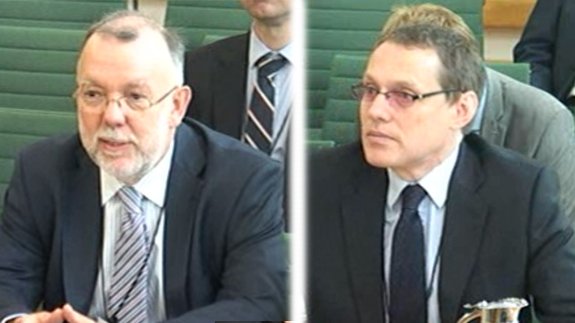 Working with nuclear regulators in different countries risks slowing the development of small nuclear power stations in the UK.

That’s the view of the Chief Nuclear Inspector at the Office of Nuclear Regulation (ONR), who was providing evidence at the House of Commons on small modular reactors (SMRs) in Britain.

SMRs are reactors that are less than 300MW in capacity and unlike large nuclear plants, they can be made in a factory as a whole unit.

Speaking to the Energy and Climate Change Committee, Dr Andy Hall said: “The only caution I would give in working with other regulators is the group could move at the speed of the slowest in the group although usually speaking you would expect working in combination, you would all come to a conclusion more readily, more speedily.

“In some cases, if other countries don’t have the same priorities for reactor design, it might not move as quickly as ourselves or some others.”

When asked if agreeing to a regulatory scheme with another market might open up potential for savings, Dr Hall said despite the safety objectives in major western countries being similar, it would be “very difficult” for regulators in different nations “to simply issue a joint statement of acceptability of a reactor design”.

He added each nation would have to issue the acceptance of a design in a way that aligns with their own legal and regulatory processes which could prolong the procedure. The US system is moving to becoming “more risk-informed than it has traditionally been” however the UK has had that since 1974, Dr Hall said.

Britain is currently looking into three SMR designs that have been proposed by different organisations.

However, according to the Director for Strategy and Technology at the Nuclear Decommissioning Authority (NDA) “just having the science and technology right doesn’t mean we can implement it”.

Dr Adrian Simper said: “We have to think through where does the money come from, who is contracted to whom and for what, who bears what sorts of risk, how do we bring in technology vendors, builders, people with money and utilities. Ultimately electricity needs to be a part of this in order to create a solution which delivers the end point that UK separated plutonium stockpile is managed to the smallest amount.”

He added the aim is to know “how we would go to the market to carry out an acquisition” by 2016 and then allow DECC to make a decision on whether it wishes to start building small nuclear power plants.