The High Court says residents of Balcombe will be allowed to challenge the county council’s decision to grant planning permission to fracking company Cuadrilla, according to campaigners. The tiny village […] 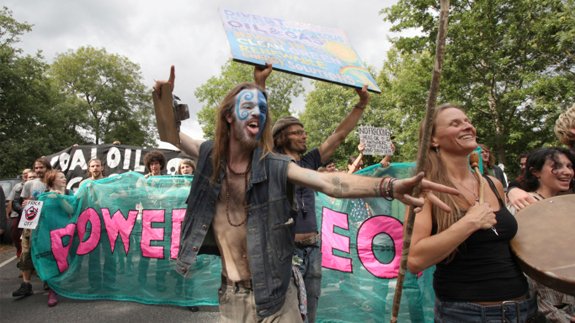 Balcombe, UK, 18 August 2013. Protests raged against the energy company Cuadrilla as ot test drills for oil (to gauge the potential for fracking) in the village. Image: Thinkstock

The High Court says residents of Balcombe will be allowed to challenge the county council’s decision to grant planning permission to fracking company Cuadrilla, according to campaigners.

The tiny village shot to fame last summer after weeks of fracking protests where MP Caroline Lucas was arrested. (A Brighton court ruled her not guilty of “wilful obstruction”.)

On Friday the High Court confirmed the Frack Free Balcombe Residents Association (FFBRA) will be allowed to challenge West Sussex County Council’s decision, according to the group.

Cuadrilla – which had given up the prospect of fracking after the protests attracted headlines – was given permission to frack for oil and gas at the site by the council in May 2014.

The judicial review will now take place in the High Court over two days later this year.