Conservative MPs’ opposition to onshore wind farms is at odds with public opinion, suggests a new poll by ComRes. The survey of MPs alongside a poll of the public found four […] 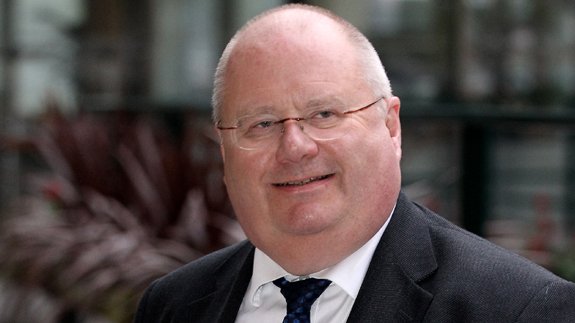 For some, Communities Secretary Eric Pickles typifies an anti-wind prejudice of many Conservative MPs. Image: Thinkstock

Conservative MPs’ opposition to onshore wind farms is at odds with public opinion, suggests a new poll by ComRes.

The survey of MPs alongside a poll of the public found four out of five of Tory MPs (78%) are opposed to onshore wind.

That’s despite 84% of the population believing investment in renewables is important to increase the UK’s energy security while 62% said they would be happy to have an onshore wind development in their area.

The poll was commissioned by renewables firm REG Windpower.

Andrew Whalley, Chief Executive of the wind energy company said: “The barrier to progress is the irrational and ideological hostility of many Conservative MPs, which is out of touch with public opinion.”

He was critical of Communities Secretary Eric Pickles, suggesting he had an anti-wind vendetta which led to delays and prevented developments.

Temporary planning rules allowing Mr Pickles to personally decide on the outcome of appeals against wind farm proposals were extended in April 2014 for another year. The rule has infuriated some wind energy developers.

Mr Whalley added: “Onshore wind has the potential to help reduce energy costs and our reliance on oil and gas. This potential might not be realised if the Conservatives don’t get on the same page as their constituents.”

A statement was not available from Mr Pickles but his departmental deputy, Communities Minister Kris Hopkins said: “Inappropriately sited wind turbines can be a blot on the landscape, harming the local environment and damaging heritage for miles around.

“We make no apologies for changing planning guidance to ensure that these issues are properly taken into account. Every appeal is considered with due process on its individual merits, based on the particular circumstances of the case.”