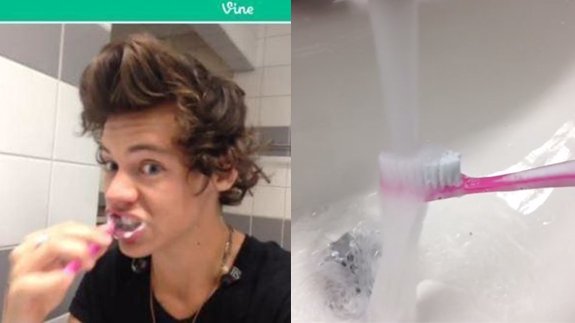 Teen idol and pop star Harry Styles has been chided by a water company for setting a “bad example” to his fans by leaving the tap running while brushing his teeth.

United Utilities claims the One Direction singer wastes more than six litres a minute in a video clip which has had more than 1.5 million views.

The clip from 2013 shows the 20-year-old singer in front of the mirror cleaning his pearly whites.

“But a running tap wastes more than six litres of water a minute. “If all Harry’s fans remember to switch the tap off every time they brush millions of litres of water would be saved every day.”

He added: “We’re sure Harry simply forgot on this occasion – but we’d be more than happy to send him and the rest of the band one of our free water saving packs, to help them do their bit.”