Shadow Energy Secretary Caroline Flint has told ELN the public “expects big changes” which is why Labour wants to scrap regulator Ofgem. The Labour MP was in Reading this morning […] 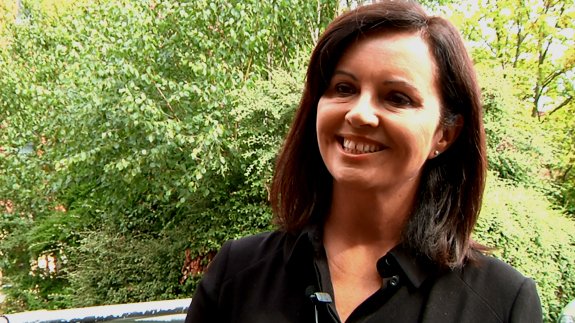 The Labour MP was in Reading this morning to share her views on energy at a meeting of local Labour councillors, supporters and potential voters. In her speech she pointed to the example of a Pennsylvanian energy company which used the threat of losing a licence to secure good behaviour.

Speaking afterwards, she told ELN: “To command public confidence going forward, we need to create a new regulator that’s fit for the energy world of today and tomorrow and not just something that was put together after privatisation.”

Replacing Ofgem wouldn’t be such an unusual move, suggested the MP: “There’s lots of regulatory bodies or ‘arms length’ bodies that change over time, merge and what have you – I mean this government has done that in a lot of different departments.”

There would be crossover, she added: “Of course there will be some aspects of what the regulator currently which you would expect our new regulator to do. But we want to move to something that can command public confidence, that there is a real sense of some change here which does include more powers like the power to revoke a licence where there is persistent examples of bad behaviour.”

Ms Flint said: “The truth is, with the announcement of the CMA review it’s pretty much, very much in the same space that we’ve been talking about for the last few years: how do we make the energy market more transparent, how do we make it more competitive, how do we provide the ways in which new entrants on the supply and the generation side come in and play a bigger role.”