A conservation group has asked courts to review the way permission was given for a 67-turbine wind farm stretching across the Monadhliath mountain range. Scotland’s Energy Minister Fergus Ewing granted […] 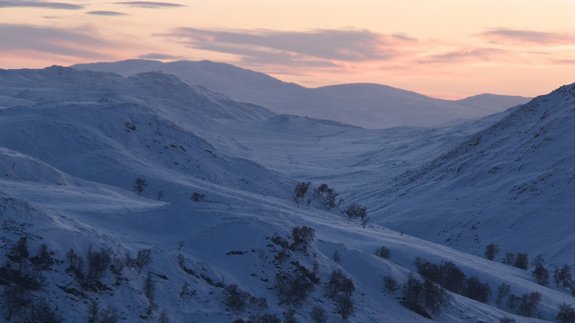 The north side of the Monadhliath Mountains. Image: spodzone via Compfight cc

A conservation group has asked courts to review the way permission was given for a 67-turbine wind farm stretching across the Monadhliath mountain range.

However the John Muir Trust believes there should have been a Public Local Inquiry. It suggests the mountain was due to be reserved for wildlife in a “Wild Land Areas” map but claims this was changed for the wind farm.

Chairman of the Trust, John Hutchison claims the decision is “not consistent with Scottish Government measures to protect the best areas of wild land from industrialisation”.

He added: “In the absence of proper democratic scrutiny, our Trustees feel we had no choice but to seek a judicial review of the decision.”

Groups opposed to the farm include the government’s advisory body Scottish Natural Heritage, the Cairngorm National Park Authority and three out of the four local councillors in Strathspey and Badenoch.

A Scottish Government spokesperson said: “Ministers are aware of the John Muir Trust’s stated intention to judicially review the decision and will await the outcome of any such review.”