A Japanese technology giant has announced plans to develop two new floating solar farms. Kyocera is teaming up with Century Tokyo Leasing to build floating arrays – one with a […] 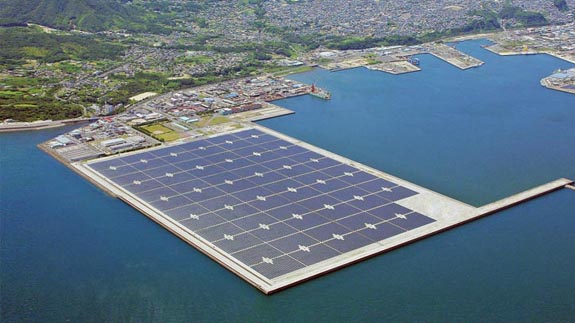 Kyocera is teaming up with Century Tokyo Leasing to build floating arrays – one with a 1.7MW capacity and the other providing 1.2MW of power.

More than 11,000 panels are said to be installed as part of the project, which will have an annual output of around 3.3 million kWh – enough to power just under 1,000 homes.

Construction is scheduled to start in September this year while generation is expected in April 2015.

They are reportedly just the first two of a planned network of around 30 floating power plants, capable of generating a combined 60MW of power.