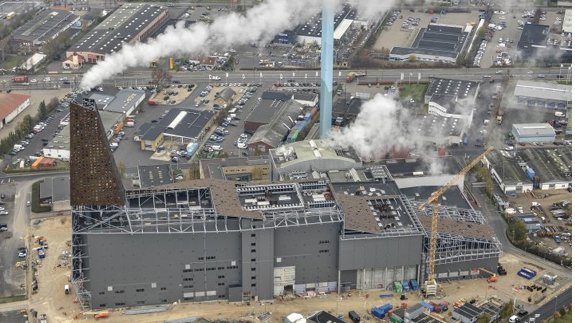 The 1.3 billion krone (£140 million) plant takes waste from nine municipalities in the city of Roskilde.

It is meant to have an energy efficiency performance of close to 100%, meaning little power is frittered away.

Designed by the Dutch architect and Professor Erick Van Egeraat, the building’s facade has two layers, with the underneath one glowing to give the impression the tower is a beacon.

Van Egeraat said: “The architecture reflects deliberately the power and energy that is released when the waste is converted into pure energy.”

It also reflects a local landmark, Roskilde Cathedral, he added: “That way [we] merge history and tradition with the latest new and green technologies for the exploitation of waste resources.”