Beijing’s streets will be bustling with spectators tomorrow when electric car racing series Formula E kicks off. Ten teams of two drivers will navigate the route which winds through the […] 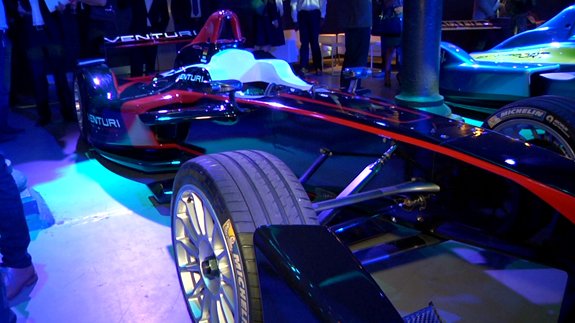 Ten teams of two drivers will navigate the route which winds through the city centre past the iconic Bird’s Nest Olympic stadium. (Check out the circuit guide here.)

Coming out of the test drives, Swiss racer Sebastien Buemi of e.dams-Renault looks the favourite to win.

The driver who told ELN he “relishes the thought of street racing” made the best time in four out of five sessions at Donington Park.

But there’s a rule twist which may shake up things – a popularity vote which will allow three favourite racers to slam a booster button of 5 seconds’ extra charge from 150kw to 180kw – dubbed a FanBoost – during the race.

During races, drivers must make one mandatory pit stop in order to change cars – but unlike Formula One, no tyre changes are allowed during this break except for a puncture.

Three points will go to the driver securing pole position, while the racer who sets the fastest lap gets two points.