A wind farm which will generate enough electricity to power around 14,000 homes has officially been opened in Scotland. The £26 million Twinshiels wind farm has 10 turbines and adjoins […] 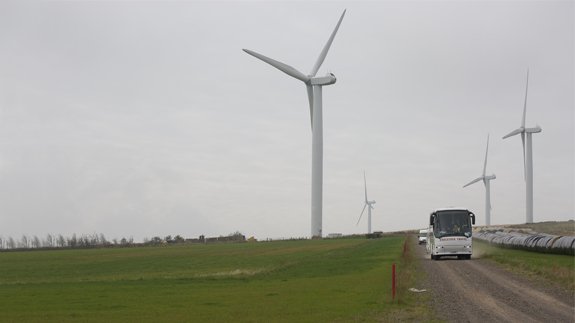 A wind farm which will generate enough electricity to power around 14,000 homes has officially been opened in Scotland.

The two wind farms have the capacity to power up to 24,000 homes in total.

Pieter Tavenier, Director at Eneco Wind said: “Eneco shares the Scottish Government’s aspiration for power generation from renewable sources and we have taken some big steps to ensure that this aspiration becomes a reality for Eneco’s future energy supply.”