MOD saves £2m by battling energy use with LEDs

The UK’s Defence Infrastructure Organisation (DIO) has seen savings of more than £2 million so far by investing in energy efficient lighting. The DIO, an operating arm of the Ministry […] 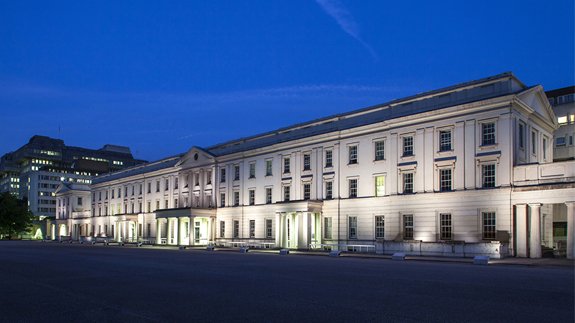 The UK’s Defence Infrastructure Organisation (DIO) has seen savings of more than £2 million so far by investing in energy efficient lighting.

The DIO, an operating arm of the Ministry of Defence (MOD), installed LEDs across a number of UK sites as part of the MOD’s three-year ‘Energy Spend to Save’ programme launched in 2011.

One of the projects included installing new exterior lights at Wellington Barracks, which uses around 87.5% less energy compared to the previous lighting.

Some of the funding was spent on other lighting projects in the South East, which have so far saved 44 million kWh of electricity and cut carbon emissions by 9,000 tonnes.

Rebekah Jones, DIO Energy Spend to Save Programme Manager said: “This new lighting is a winner for all concerned. Defence personnel get better working conditions whilst the MOD takes another step in ‘greening’ our operations and supporting important environmental goals set by the government.”

The MOD’s programme has invested £105 million in a range of energy reduction projects, including draught proofing and adding new controls to boilers, across more than 200 sites in the UK and overseas.