The sprawling chunk of energy law known as Electricity Market Reform (EMR) isn’t exactly thrilling. But that’s just the way the Department of Energy and Climate Change’s lead on EMR […] 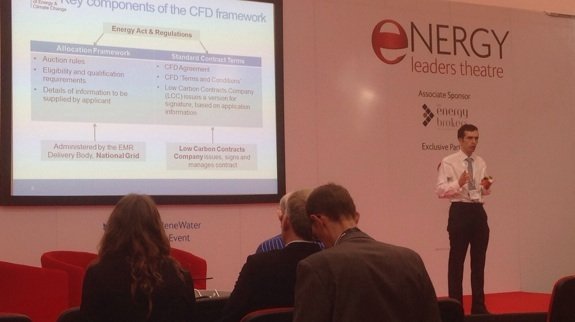 But that’s just the way the Department of Energy and Climate Change’s lead on EMR likes it.

Jonathan Mills, Director of EMR for DECC revealed his preference for boring policy at The Energy Event in Birmingham yesterday.

He was responding to a comment by event chair Roger Harrabin, the BBC’s energy correspondent that EMR was such a “dull” topic it wasn’t picked over thoroughly enough by journalists.

Mills who has led on EMR for around a year said: “I’m quite pleased to hear it described as dull.”

He rebuffed comments made earlier at the conference by Oxford Professor Dieter Helm that UK energy policy is not going in the right direction and that we’re returning to the days of government running the Central Electricity Generating board.

Mills said: “If we were renationalising the electricity market I think the one thing it wouldn’t be called is dull… I don’t think characterisation Dieter sets out will quite stand the test of time.”

He did call the government’s changes “radical”.