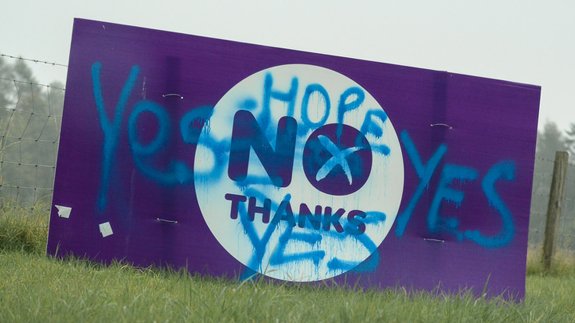 Any moves in financial markets today as Scottish voters go to the referendum polls could trickle through to short term power prices, suggested analysts.

“It may have an impact on gas and power,” he added.

On the whole it’s been a “pretty volatile week” for gas prices, said Mr Spry.

The UK gas system is predicted to close around 10 million cubic meters short this evening, he added: “That’s just putting a little bit of premium into the short term gas and power markets.”

Mr Spry noted demand for gas is stable but the amount of gas pumping into Britain from Norway is slipping because of equipment down for maintenance.

As for power, wind turbines are still “struggling” at around 1GW worth of generation.

Brent oil remains relatively “weak” after healthy stock levels of oil in the US – the highest since 2012 – were announced yesterday.