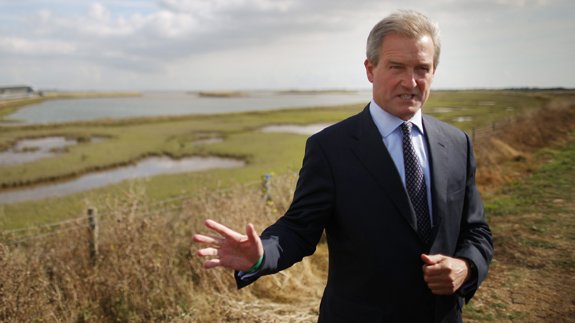 Declaring himself “open minded” to the idea climate change “may one day turn dangerous”, he later said: “Forecast effects of climate change have been consistently and widely exaggerated”.

Government advisors at the Committee on Climate Change rejected the claims, stating: “Temperatures are still increasing on the timescales relevant for identifying long-term climate change risks.”

The CHP trade body welcomed Paterson’s support for its technology but argued he was laying blame for pricey energy at the wrong door.

CHPA Director Dr Tim Rotheray said: “It is not the Climate Change Act but current energy policy that has led to unnecessarily high costs in meeting our energy goals.

“On one side we have a low carbon generation policy that ignores lower-cost carbon savings and an electricity security policy, in the capacity mechanism, which has no regard at all for efficiency.”