Disruption to the UK’s gas supply this winter is less likely to lead to blackouts and instead prices are more likely to go up, Ofgem’s Partner for Market Performance Emma […] 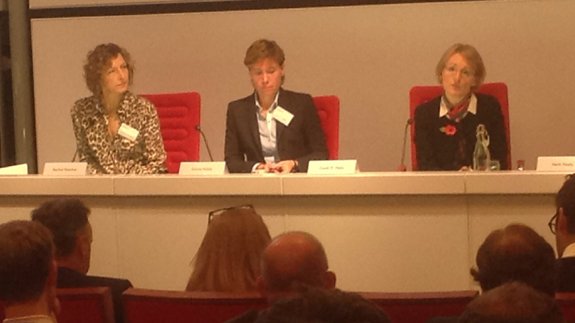 Disruption to the UK’s gas supply this winter is less likely to lead to blackouts and instead prices are more likely to go up, Ofgem’s Partner for Market Performance Emma Kelso said today.

Ms Kelso was sketching out the impact of Russia turning off the gas taps to Europe at the launch of National Grid’s Winter Outlook, its sum up of what to expect this winter.

She said: “If we were to experience disruption over the winter we expect the impact on GB security of supply to be one in terms of prices rather than physical disruptions.”

When asked by ELN what sort of change in prices Ofgem expected in a Q&A session, the official backtracked slightly and said it was likely to have minimal impact on domestic energy prices.

She said: “Unfortunately the answer is, it depends on size, nature and duration of any disruption.”

There are “significantly lower” gas prices now than there were last year, she added: “Also, you know, suppliers hedge forward… for one to two years. Take those two factors together and there might not even be any impact on domestic prices. It would be very, very small.”

There could be a “bigger impact” on the non-domestic sector, she admitted, suggesting companies’ hedging strategies for energy buying would help on this.

With gas trading at lower prices, she added, “even if there’s some kick up there’d still be headroom” for the cost to companies.

Speaking later at the event, Oxford University’s Professor Jonathan Stern said a Russian gas disruption would likely influence a price spike in the “tens of pence” but for a short duration: “Possibly weeks, maybe months but probably not long duration.”

It probably won’t filter through to industrial customers, he added, “not if they’re hedged”.