Dermot Nolan, the boss of energy regulator Ofgem has admitted he would “very much prefer” if the UK’s network firms were not “monopolies”. Yesterday he was called before MPs on parliament’s energy […] 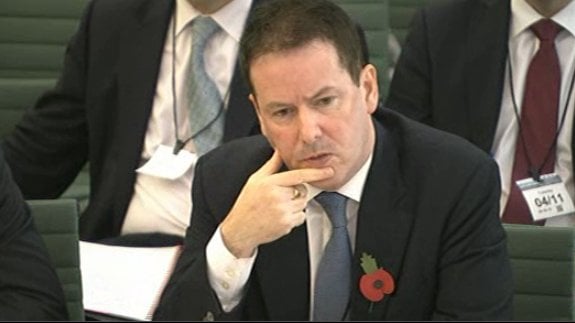 Dermot Nolan, the boss of energy regulator Ofgem has admitted he would “very much prefer” if the UK’s network firms were not “monopolies”.

Yesterday he was called before MPs on parliament’s energy select committee as part of their inquiry into network costs.

The six network firms which run Britain’s local power lines and pylons have sole control of their regions. It’s a hangover from the time when networks were run by state-governed, regional electricity boards.

Mr Noland told MPs: “I would very much prefer they were not monopolies and I certainly have some hope that over time – and due to perhaps political, regulatory actions – we will make more elements of these companies open to competition.”

Monopoly regulation is “always going to be a secondary idea to effective competition”, he said.

He described the existing situation as “imperfect”, adding: “Given that I think it’s even more important for the regulator to do the best job that we possibly can.”

“Frankly staggered” by lack of cost-cutting

Earlier the chair of the committee, MP Tim Yeo said he is “frankly staggered” that in virtually every industry the committee looks at, “costs are driven down year by year, particularly industries where technology has a growing application”.

This wasn’t the case with networks, he claimed: “We’re supposed to believe somehow that the transmission and distribution industries are unable to achieve that.”

He probed CEO Dermot Nolan on whether this is because the firms are monopolies in each region, don’t get enough media scrutiny or Ofgem had been “too feeble”.

Noland said: “I would have slight issue if I may say with the reductions in costs, I do feel that over the periods of regulation of these companies which was broadly around ’86-’90, actually there have been significant cost reductions for the British consumer.”

Here Nolan claimed the costs of carrying power around the country are actually 17% lower per person than they were in 1990, even though today the firms run “actually a slightly bigger network”.

He said in 2006 the costs fell even more “radically” to 40% lower than in 1990, when the firms were born from the ashes of state-controlled networks.