If a renewable energy project comes to an area near you, its developers should offer you a stake in the project under new voluntary plans announced by the Energy Secretary today. […] 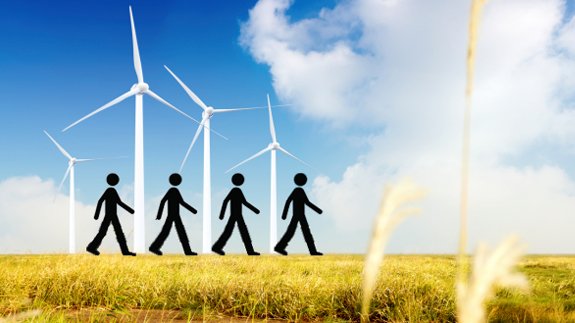 If a renewable energy project comes to an area near you, its developers should offer you a stake in the project under new voluntary plans announced by the Energy Secretary today.

What is described by some in the industry as “radical change” is meant to give local communities the chance to invest in green energy.

Local groups could be offered stakes ranging between 5% and 25% of a project according to industry estimates and would likely vary in size and type.

Philip Wolfe, chairman of the group Community Energy England said: “At a time when people feel ever more alienated from their traditional energy suppliers, local energy is accepted as the way of putting communities back in charge.”

The option to put Community Electricity Rights in law

Government is giving itself the option of making the voluntary plan mandatory if there isn’t enough take up, via the Infrastructure Bill.

Called the Community Electricity Right, this is being debated in parliament.

Green energy groups were asked to brainstorm practical ideas about engaging communities earlier in the year and they formed the Shared Ownership Taskforce, led by trade body RenewableUK.

Rebecca Willis who is Vice Chair of the Taskforce as well as an Associate of renewable firm Pure Leapfrog said there is “a substantial appetite” among local communities to invest in renewable energy.

This was clear based on her experience at “grass roots level”, she said: “That’s increasing as people become more aware of the pressing need to do their bit to tackle climate change and to generate a secure supply of electricity from clean, local sources.”