Subsea coal struck under Scotland’s Firth of Forth

There are millions of tonnes of coal under the Firth of Forth in Scotland, it was announced today a firm which hopes to burn the coal to extract it as […] 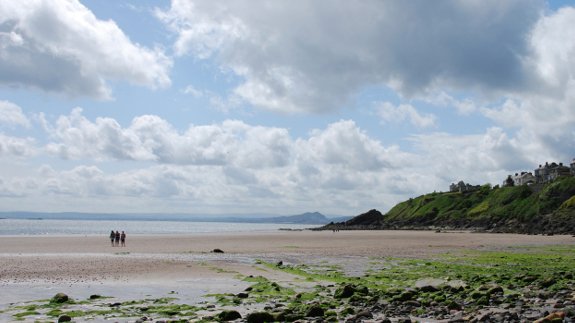 Kinghorn beach on the north shore of the Firth of Forth. Image: Thinkstock

There are millions of tonnes of coal under the Firth of Forth in Scotland, it was announced today a firm which hopes to burn the coal to extract it as a gas.

Cluff Natural Resources estimated 335 million tonnes of coal lie underwater in a swathe of the river estuary near to the Grangemouth oil, gas and chemical refinery.

Two coal seams alone were found to hold 43 million tonnes of ‘coal in place’, the industry term which CNR says is a “key criteria” for making money out of the stuff.

Earlier this year Algy Cluff who founded Cluff Natural Resources told ELN: “If I’m right the scale of it could be enormous.”

Today the chief executive repeated his hopes for the technology: “The emerging UCG industry has a significant role to play in unlocking the UK’s most abundant indigenous energy resource which, with the imminent closure of the last deep coal mines, is now otherwise effectively beyond reach.”

He claimed the coal extracting method has “significant environmental safety”.

However environmental group WWF Scotland’s director Lang Banks hit out at the plans, saying they should be “a complete non-starter”.

He said: “We need to see Scotland and the rest of the UK move toward an electricity system that is largely free of polluting fossil fuels… In a worst case scenario, proposals such as this one could even extend our use of fossil fuels, locking us into a high carbon world.”

Watch ELN’s interview with Algy Cluff from earlier this year: