In a museum which holds some of the world famous artistic masterpieces from Monet to Vincent Van Gogh, you’d expect attention to be on the paintings. Anyone with an interest […] 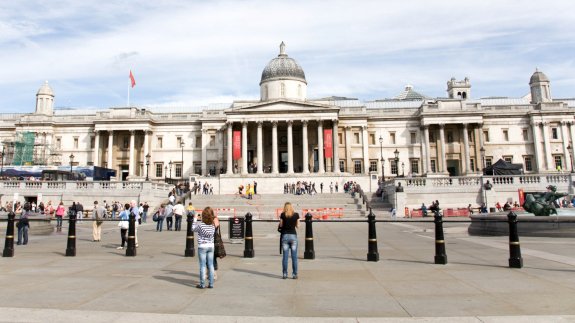 In a museum which holds some of the world famous artistic masterpieces from Monet to Vincent Van Gogh, you’d expect attention to be on the paintings.

Anyone with an interest in energy might be forgiven for looking past the pictures as the National Gallery has just brought in a new intelligent light system which is helping it to hit 85% energy savings for lighting.

Combined with efficient LED lightbulbs, the digital control system means the Gallery can make full use of available daylight and adjust lighting levels around visiting hours.

Paintings need to be lit to strict scientific standards to preserve them in perfect condition. LEDs don’t produce the UV light which can damage artworks.

The firm behind the project say it is one of the first in the world to use LEDs with a system which automatically adjusts external roof blinds according to the amount and angle of sunlight.

As the blinds adjust throughout the day, Open Technology says its LiGO control system reacts in real time, changing the light to specified levels to use as little energy as possible.

Steve Van Dyke, Head of Building and Facilities at the National Gallery in London said: “With our previous system we could only switch on and off, whereas LiGO has enabled us to progressively dim and bring up the light in conjunction with daylight levels.”

The National Gallery’s carbon management plan commits it to slashing carbon emissions by 43% by 2015 as well as prioritising the responsible use of energy on-site.