Energy bills are more likely to come down this winter, the boss of energy company npower has suggested. In an interview with ELN he also poured scorn on the Labour […] 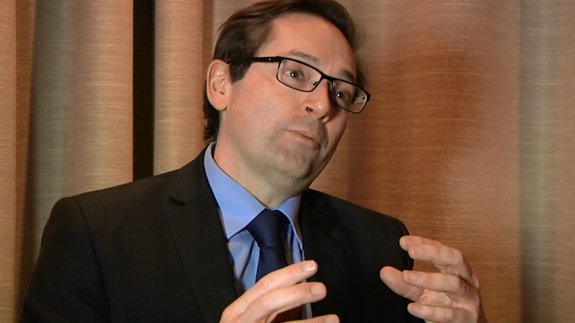 Energy bills are more likely to come down this winter, the boss of energy company npower has suggested.

In an interview with ELN he also poured scorn on the Labour party’s plans for a price freeze if it wins the next election, citing the “difficulties” it creates.

The recent trend of suppliers bumping up their prices ahead of winter has prompted cynics to suggest this is to take advantage of householders using more energy.

But npower customers shouldn’t expect this, Massara told ELN: “We’ve got absolutely no intention of putting our prices up at this stage.”

The opposite was more likely, he added: “In fact with the falling energy commodity price that we’ve seen particularly in oil and gas, our intentions if anything would be looking to say, ‘When is the right time to adjust prices lower’.”

But pressed on when prices could come down, he held back from a definite answer: “I think it’s difficult to say. Clearly depending what happens with the oil price, what happens with the gas prices on the back of that, there’s also a lot of uncertainty to do with Ukraine and the political environment there which is obviously a concern.”

Laying into Labour’s plans for a price freeze if it wins the next election, Massara claimed this “does cause difficulties”, suggesting the move would be impractical, if not impossible.

He said: “If you look at the bill, 85% of the bill is outside our control so we only control about 15% of the bill. So 85% is really linked to either regulated market which is networks or at least 50% plus is really related to world commodity markets.

“So in the sense of intervening and saying, we’re going to freeze prices, I don’t know how you can do that when essentially you can’t freeze the commodity price on a world scale.”