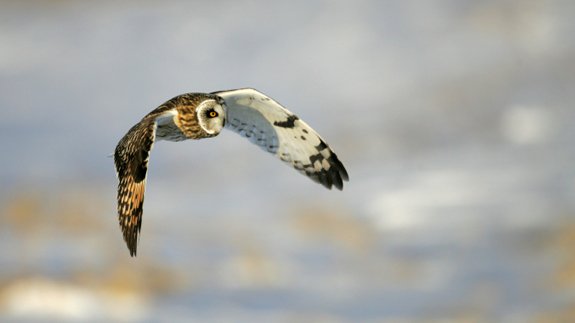 Nature conservation charity RSPB is urging people in Dumfries and Galloway to have their say on plans for a “damaging” wind farm before the consultation closes on 5 January next year.

Under the plans for the Spango (Mid Rig) farm, 14 turbines will be built on moorland 4 kilometres north of Sanquhar, in the Scottish lowlands.

Nature group fears the site is in a protected area and could threaten wildlife including hen harriers, short-eared owls and golden plovers.

Planning approval was previously declined after objections from RSPB Scotland and Scottish Natural Heritage (SNH). A new application is in place in which the nature conservationists say only one thing has changed; one of the turbines has been moved 10 metres.

Chris Rollie, a spokesman for RSPB Scotland said: “We are objecting to Spango (Mid Rig) because we believe the potential for harm is unacceptable and any turbines at the site would specifically threaten birds such as hen harriers, already under pressure from illegal persecution and habitat quality.”

The developers’ plans state they want to “minimise any impacts caused” by doing all construction work outside of breeding season. The Community Windpower also said that if any ground clearing is necessary during breeding season, checks for nests will be made beforehand.