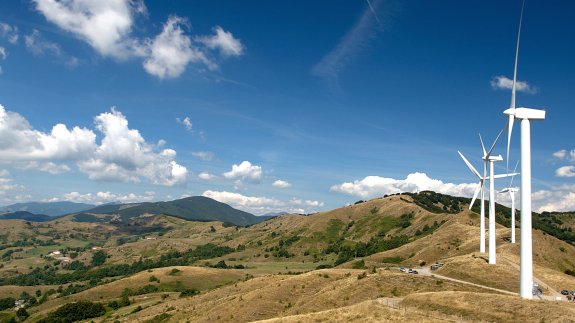 Environmental group WWF Scotland which analysed the data from WeatherEnergy said this showed 2014 was a “massive year” for wind energy.

Broken down, the figures show there was enough power to supply more than 100% of Scottish households during six out of 12 months: January, February, March, October, November and December.

This doesn’t mean that wind was the only energy source powering Scottish homes.

WWF Scotland’s director Lang Banks said: “Without doubt, 2014 was a massive year for renewables, with wind turbines and solar panels helping to ensure millions of tonnes of climate-wreaking carbon emissions were avoided. With 2015 being a critical year for addressing climate change internationally, it’s vital that Scotland continues to press ahead with plans to harness even greater amounts of clean energy.”

Which were the best and worst months of 2014?

According to the figures from WeatherEnergy, the top month was December, with nearly 1.3 million megawatt hours (1,279,150MWh) of wind power output which is enough for 3.96m homes or 164% of Scottish households.

In the worst months for wind, turbines generated closer to a third of the electricity needed: in June wind generated 281,735MWh, enough for 37% of Scottish households while in September wind could have powered around 41% of homes.