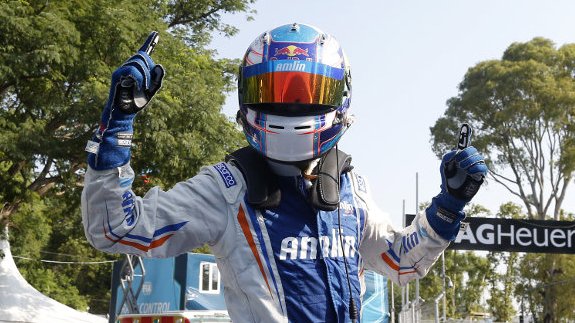 A crowd of 20,000 gathered to watch the fourth race of electric-powered cars in the FIA Formula E Championships.

An ecstatic Da Costa tweeted his glee afterwards: “Yeass we did it! Great race today, good pace and the win is ours! Now at the airport, im outta here! Back home, Peace Argentina!!”

Da Costa made a splash in racing from a young age, making his first appearance in the Portuguese Cup at nine years old. He previously notched a win at the Macau Grand Prix invitational Formula Three in 2012.

Before the race all drivers, teams along with the City of Buenos Aires and Argentinean authorities gathered on the grid for a minute silence to pay respect to the victims of the terrorist attack in Paris last week.